Recently, I went on a workshop that worked both as a creative writing exercise and as an introduction to the Cornish miner poet John Harris. It was an interesting day that took in the green skirts of an area dedicated to the mining industry.

We visited the ruins of St Ia where sycamores had replaced roof beams and a fire-pit and deckchair marked the small nave and altar, ivy had dappled the outside walls with its own unique language play, a tale of reclamation: 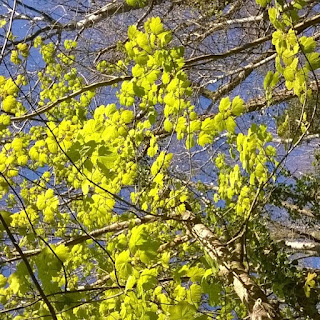 We then wandered the woods, seeking a more minimal response to the area that inspired Harris's flowery late Romantic prose. I lay on a quilt of pine-needles, light falling through striated branches of evergreen growing tall and then leafy. I thought about transpiration while my @Sunbeatsco partner in poetry crime wrote a concrete response to the moment: 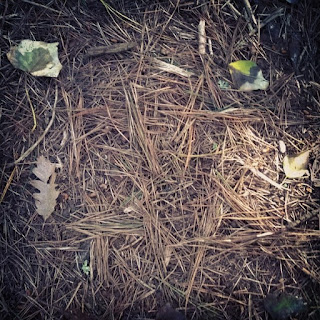 
Later on, after passionately defending minimalism and sound poetry to a group of bewildered first year creative writing students, I wrote a minimalist response in the style of Robert Lax:

It's important that we read and study authors such as Harris. Writing becomes immediate, something that is not set above us but part of our evolution and necessary response to our experiences of the world.

Harris's poetry provoked different responses. I found his situation as a miner and the few snatched moments of ecstatic elegy to the natural world easy to appreciate, and felt empathy with the conditions from which he fought hard to elevate himself and his family. Certainly from an academic viewpoint there is a wealth of critical and theoretical work to be done on Harris's writing. It was good to see English students interacting with the poetry and the history.

I found it interesting that Harris's poetry was famed for his peasant's voice. Several contemporary reviews praised his simplicity, but he was devoted to Romanticism and often adopted the dominant voice of the Romantic, which was the voice of the high born conqueror. That is, the language of the people who created the dangerous and tough conditions in which Harris and his fellow miners worked and lived. Instead of the cracked and exploited earth of mid-Cornwall, we have rills of all-manner of things, plump milk maids and the solitary peasant genius noting it all down, ecstatically praising the merits of woods and groves. This strangely foreign, German pastoral imagery reads like wilted Goethe set among the tin mines of the Camborne area.

I have a poem in the recently published anthology Nerve Damage; an collection of poetic responses to Joel-Peter Witkin's image The Poet edited by Rupert Loydell.

I'm delighted to feature alongside poets such as Carrie Etter, David Grubb, Martin Stannard and Robert Sheppard as well as everyone else. A really interesting spoon-eyed mix of people.

Email ThisBlogThis!Share to TwitterShare to FacebookShare to Pinterest
Labels: poetry 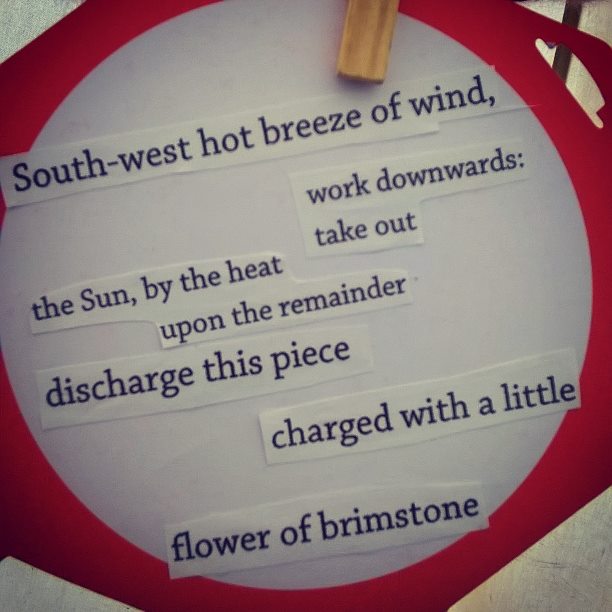 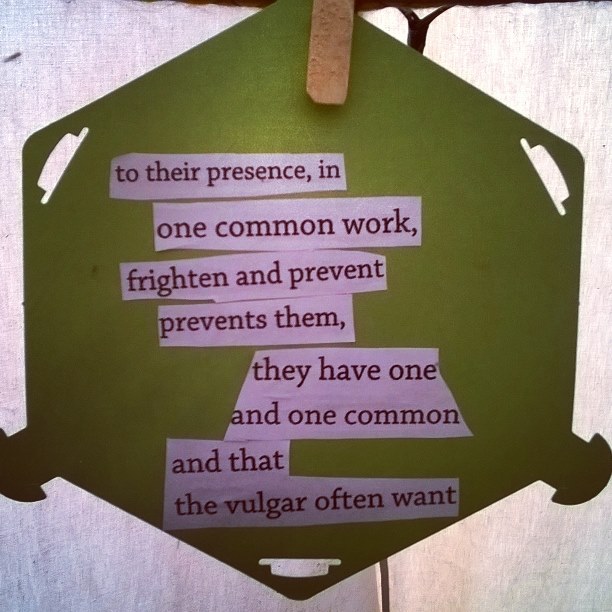 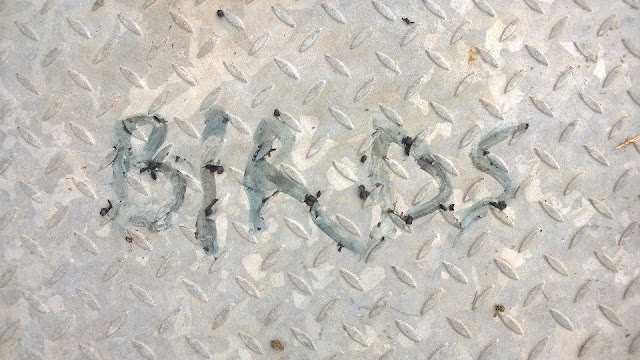 London in Several Parts
London in the rain #poetry
2015 viewing of London. Nostalgia #missthenineties #missedthepoint
London at the edges #poetry
The TV camera shot quality of the film creates a warm sense of remembrance in itself #thamestelevision
London #poetry
The narrator returns to London and spends time with his ex-lover Robinson. They explore London by foot #psychoeography #queerinterest.
O, London #poetry
Robinson, as central character, is both entertaining and informative but his anger and confusion are central #alienation
Where have you gone? #poetry
We learn a great deal about London past and present through their wanderings #londonfringe
O, London #poetry
There are touches of humour in the use of the soundscape and visual. Gateposts, Peruvian buskers, spring time and all that sort of thing.
O, O, O, O #poetry
Londoners ignore the siege of the city. We are left unsettled, feeling that time is never experienced in full at the moment of happening.
You have vanished #poetry
A deep-mapping effect of writers, artists and philosophers who have lived in London #psychogeography #filmreview #keiller #London
Dancing with your confusion #poetry
Robinson’s character is reminiscent of Guy Burgess #trilbywanderings #sovietapartment
Caught looking back #poetry
The view from the hotel room/ Monet’s painting of the Thames/ dinner and something more with your alter-ego.
London under siege # poetry
The history and the future of London colliding to create the present #philosophyoftime #psychogeography
London in the rain #poetry. 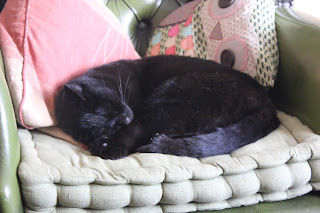 partition
down the valley 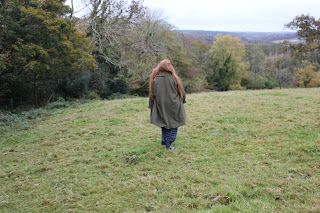 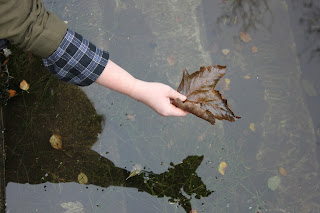 the leaf face
jagged
and the whistle 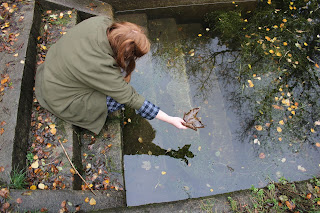 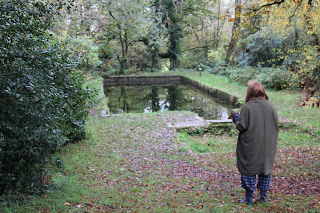 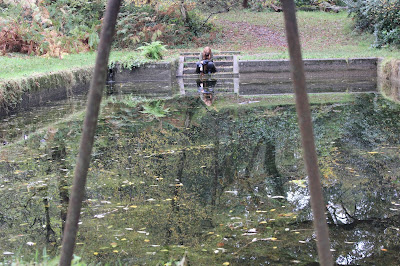 the
pool half-found
in the
half-light...

Over the last six months I’ve been setting up an online project called The Wardrobe. It’s a pop-up magazine consisting of six online issues and, eventually, a printed anthology.
I’m really happy to announce that at the beginning of the month we published the first online issue of The Wardrobe. The first issue features poetry from Sarah James, Sara Nesbitt Gibbons and Anna Cathenka and a creative essay by Milla Prince.

Here's my editorial for the first issue:

Our first steps into The Wardrobe, the furs fondling our shoulders, and then the open plains. Here we must build our own fortresses. We hide and then find ourselves in clothes, using them to cover our nakedness. Gradually, over millennia we have emerged from the shadow of the forest, a wooden casket and we cover our nakedness, and that of the land, with clothes. Fallen leaves, remnants of the past flooding our identity.
In this first issue of The Wardrobe, insecurities jostle with mythical musings. Only in sickness, melancholy and the closeness of companionship do we allow our vulnerability to be expressed in flesh rather than the carefully constructed seams and panels of clothes. Whether it’s the jumble of the youth hostel washroom, the undressing of a lover, the nurture of a parent or grandparent or the protective seal of a red riding hood, clothes tell stories.

If you’re interested in contributing then have a look at the first issue and the submission/about pages to get an idea of what we like. We're also on twitter @wardrobelit. 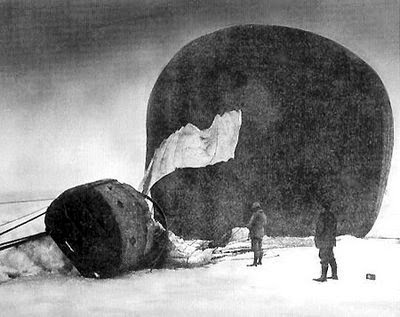